In a world where ‘gender equality’ is so often spoken of, yet so far from being a reality, perhaps it is time to diversify strategies for female empowerment. When we think of sport, the first words to come to mind are probably ‘competition’, ‘fitness’, or ‘athlete’…not, ‘empowerment’. However, the opportunities that sport and physical activity can present for women are manyfold. Though in recent years there has been an increasing acknowledgment of the power of sport by movements for gender equality at the national and international level, this remains under-recognised. However, positive stories at local and regional scales across the globe are very telling – and suggestive that sport should become a greater focus for gender-based movements and development initiatives. Indeed, the plethora of results from a simple search through recently published news articles on the topic, is indicative of the rise of sports as a tool for female empowerment.

According to the International School Sport Federation, 33% of girls and young women stop practising sport between the ages of 15 and 24, compared to 15% of boys. This is likely a reflection of the gender-based inequalities present within sport, and it’s associated stigma, and it is therefore important to mobilise women in sport – both to address these ongoing inequalities (such as ones of access and representation), and to allow women to reap the benefits of participation. For instance, evidence suggests that participation in sport and physical activity can be instrumental to the development of self-esteem and confidence – helping women to both improve, and realise their already existing physical and mental strength. This idea has been materialised by, for example, a 2017 ‘Fight for Dignity’ campaign, established by Laurence Fischer. This scheme included the teaching of karate to women, particularly those who have been victims of gender-based violence, in order to help them regain confidence in their bodies through physical activity. Indeed, the widely publicised ‘This Girl Can’ campaign by Sport England champions the idea that success in sport can build confidence, positively impacting women’s mental health.

Moreover, the positive influence of participation in sporting activities, both individual and team-based, can reach beyond personal mental and physical strength, to other aspects of life. The development of important social skills – including teamwork, leadership, and problem-solving – as they are learnt and practiced in sporting activities, may lead to women’s greater empowerment in life’s economic sphere. For instance, the ability to be assertive and make decisions, developed through sport, are important life skills applied in the workplace for greater respect and success, and can therefore help women to enter public spaces.

Importantly, the use of sport as a mechanism for empowerment is being increasingly recognised by large brands, such as Nike. Nike Philippines, for instance, commissioned a Filipino female artist, Jill Arteche, to re-design outdoor and indoor courts in Manila to honour the International Day of the Girl (11th Oct. 2021), as a symbol for tackling ongoing inequalities in sport. Indeed, according to the communications manager for Nike Southeast Asia and India, “[Girls] all have dream careers, they all aspire to be something, and the translation of those dreams was what inspired the renovation… The court itself becomes a launch pad or a space where we can empower them to dream,”. This quotation serves to reiterate that the impact of sport for female empowerment goes far beyond sport, but presents a symbol and inspiring message that women are strong and capable. Supplemented with the creation of role models of both highly publicised women in sport (such as shown in international events such as the Olympics, and national sporting events), as well as local heroes, the presence of women in sport sends a positive, motivating, and ultimately, empowering, message to all. 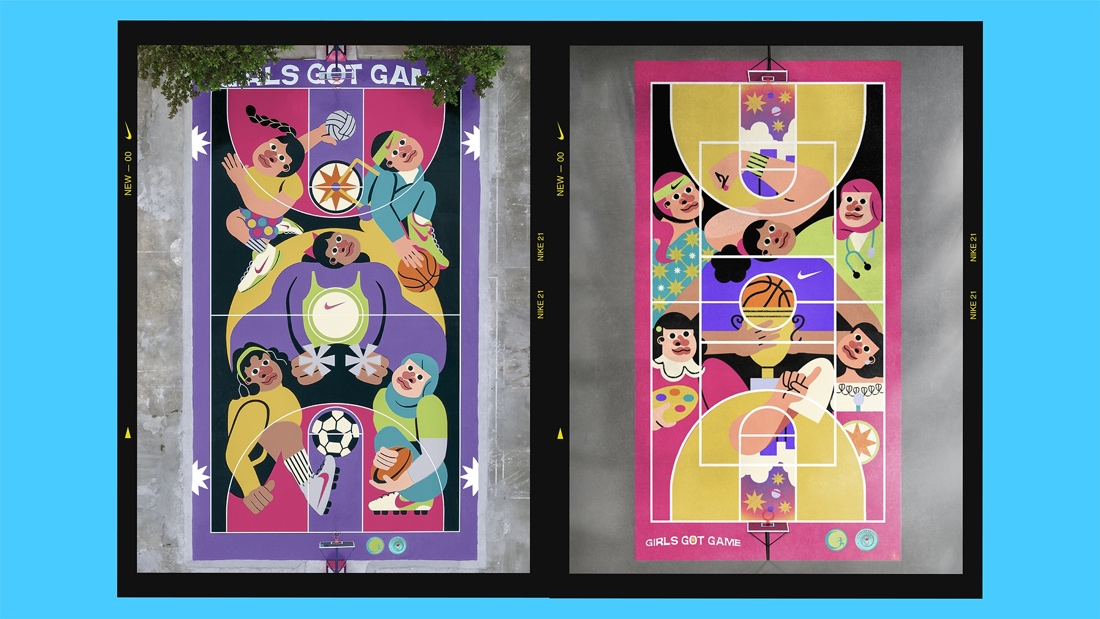 Most importantly, membership in a sporting team or participation in a club with like-minded women can provide a safe social space – acting as an opportunity for women to create positive social networks, and a space to share and discuss issues, or simply an opportunity to socialise. In turn, this may help to bring together community members to discuss and address shared and important topics, such as reproductive health, and further gender-based issues.

Ultimately then, sport has a multitude of benefits for women that can help to empower them on an individual, community, national, and international scale – as asserted by the Women’s UN Report Network, “in short, wins on the field translate into wins off the field – One Win Leads to Another”.

Photo by Fitsum Admasu on Unsplash