“The threat of AIDS has become so rampant and ominous that it is looked upon as a formidable foe, commanding the due importance for its ruthlessness. It is the burden duty of all citizens to take all steps to prevent oneself getting infected and lend a helping hand to the organizations which are fighting this menace, which bring down the probability of infection” Hon. C. Rangarajan-Ex.Governor of Tamil Nadu.

“Unless we take concerted efforts, this killer disease may pose the greatest challenge to the Humanity. I make fervent appeal to the NGOs,the opinion makers in the society and the public at large to join hands in creating a society free from the scare of HIV and AIDS” 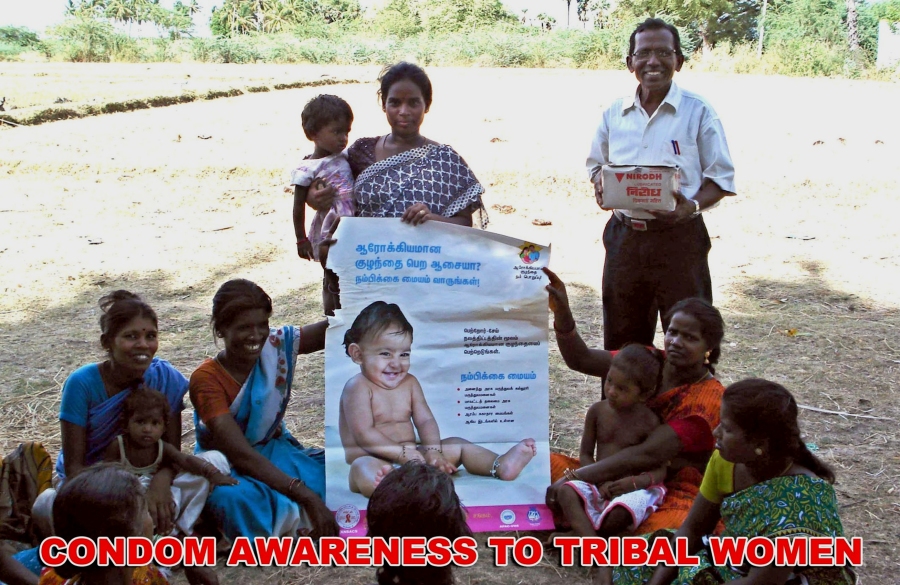 The main objective of this project is to Create awareness among the general public about the transmission of AIDS through the sexual mode – as it contributes to more than 80% of HIV/AIDS infection-to minimize the number of AIDS Orphans to a greater level.

India has experienced a frightening increase in the rate of HIV infection, stands first at the global level in spread of HIV/AIDS. Today, India, a country with a population of more than one billion, has an overall infection rate of about 1%. This translates to 10 million people infected. Tamil Nadu state has the second highest infection ratio in India. Tiruvannamalai is one of the most AIDS/HIV infected District of Tamilnadu.

The reason for the spread of AIDS is mainly due to ignorance of the people as to the cause, transmission routes, and methods of prevention. And too, the poverty in rural villages has caused an increasing daily migration of people to the cities seeking work, and that work is often high risk for AIDS. Therefore, the spread of AIDS is likely to continue if no adequate measures are taken. 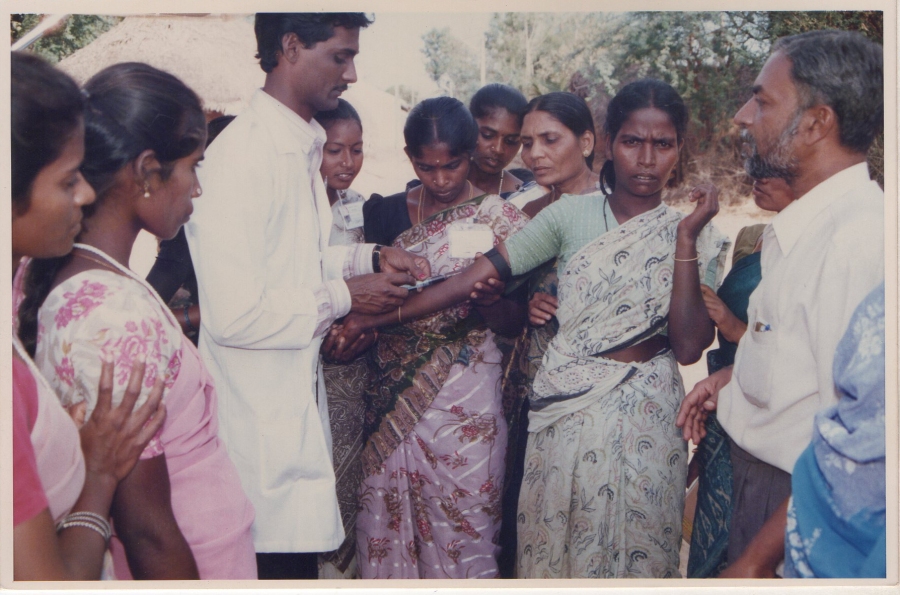 Comprehensive AIDS awareness campaign is vigorously made by local highly motivated voluntary health workers through sustained and targeted interventions among the public at large and more specifically among individuals/youth/groups who are susceptible to high risk behavior. Youth population is the main focus of this project. Counselling and Rehabilitation measures are taken to the people living with HIV/AIDS.

The results of the above efforts are reflected in the positive changes in the behavioral pattern of the public, especially high risk groups like Sex workers, Auto and truck drivers and masons etc.,. About one million people were motivated by SHAPE ngo through the above Anti AIDS program till now.

World AIDS day is observed to call the attention of the Global community to the gargantuan proportions that AIDS is assuming.

We thank the new volunteers for taking part in our programmes. SHAPE encourages and welcomes spending your time for the betterment of our global village. In the picture, the volunteers are learning one of our local group games.
SHAPE wishes you a very #happyNewYear We are pleased to inform you that we would soon be starting a HIV prevention project in collaboration with @mptofficial This project aims to fight the disease by spreading awareness about the new mediums through which it is spreading. We aim to cover thousands of people through this project and thank @mptofficial for its assistance. 🎗 #fighthiv #hiv #hivaids #stigma #aidsawareness #hivawareness #health #indiahealth
HIV/AIDS is still a leading cause of global deaths. 40 million peole are infected with this disease. One of the initial successful projects of SHAPE was the HIV Awareness project which directly benefited half a million people with the support of international organizations like @mptofficial @who and @institutpasteur. ANYBODY CAN BE A VICTIM OF HIV, so get tested and encourage others to do so, today. 👶 SHAPE is currently providing scholarships for over 10 child victims of HIV, currently. 📸 In the above picture is Mr. Kannan (deceased), an HIV victim during his final days, with his now abandoned child Ms. Harini. SHAPE remembers him and millions of other victims like him, on this WORLD AIDS DAY for his brave and bold attempt to save his family. Support us to sponser a child like Harini. 🎗 #worldaidsday #hiv #aids #healthylifestyle #health #safesex #hiveducation #world #community #healthiswealth